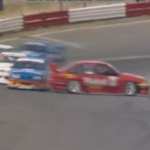 Here’s an oldie from 1991 showing Mark Skaife vs Alan Jones. The former F1 man sure wasn’t messing around in this race as he used his Ford Falcon as a battering ram to get smash his way in an effort towards a potential first win in the v8 supercars category.

Skaife wasn’t a big fan of some of Jones’ steering and didn’t he let him know about it!

There’s something that hurts about hearing PB talking about his plans for quite a bit more racing to come after the event at Targa West where we lost a legend.

Check out this video from Drive.com.au where they show off the original Falcon GT and it’s final version, the FPV GT-F

The history of the Ford Falcon 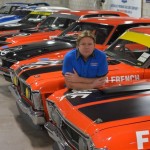 Here’s an interesting article detailing the history of an Australian warrior: The Ford Falcon.

Check it out at: http://www.finda.com.au/news/ford-falcon-history-australia/2483293/

She started in 1960 and will likely come to an end in 2016. That’s a mighty effort for any nameplate, but particularly for one which was produced locally for nearly her entire tenure.